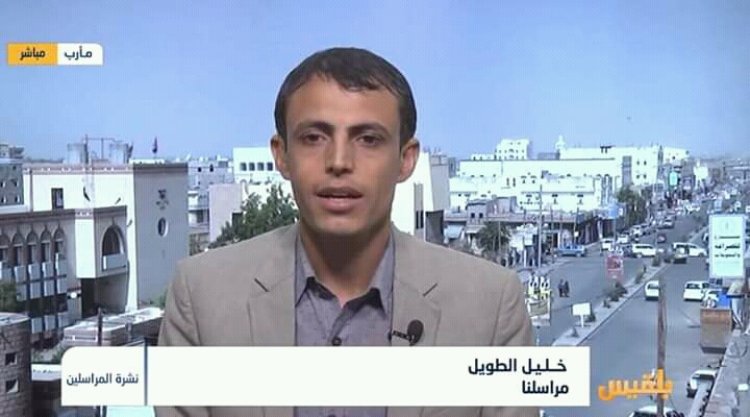 The national organization of Yemeni reporters followed up closely the kidnap attempt of khaleel Altaweel by three armed men on Sunday evening 27/10/2018 in Ma'arib and he survived.

And after the incident Altaweel informed the organization to communicate with security in the province ,and their security procedures began through police station in Ma'arib.

We express our thanks to the security services in the province for its cooperation and response to do the initial procedures.

And we surely condemn the incident which Altaweel faced, and we heavily reject all threatens of journalists' life in our country.

Sada emphasize that Ma'arib is the most secure province for journalists and when such a crime happen is considered as a dangerous indicator that it may reflects negatively on the province good reputation, and it represents a real threat to freedom of press that became more respectful in Ma'arib.

The organization agitates security to complete their procedures and implement directives to review the cameras recordings, and we warn from termination in this till the criminals arrested and be legally judged.

Sada again thanks security for their help...there is a continuity in communication with security to reach solutions for this case and prevent any other incidents or assaults against journalists in Ma'arib.