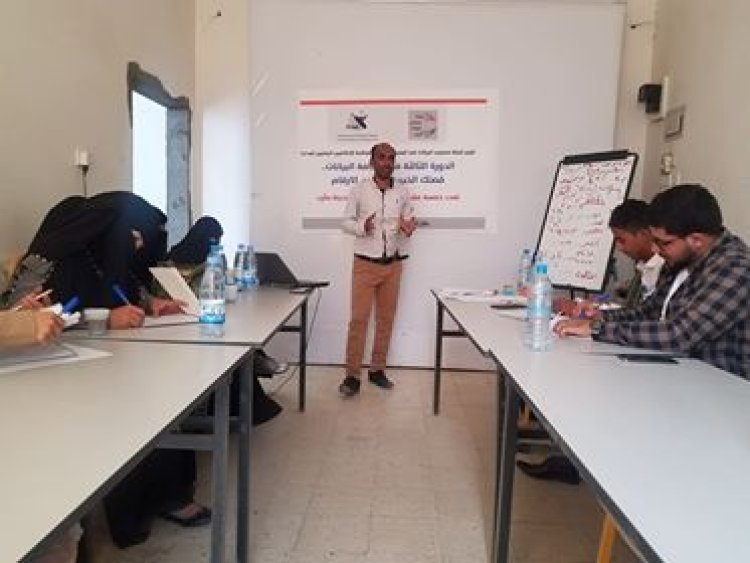 The National Organization of Yemeni reporters (Sada), in collaboration with the Yemeni Data Journalism Network (YDJN) on Tuesday began a third training course in data journalism for 15 journalists and media workers in Marib province.

The course held by the trainer journalist Ammar Zaabal, is a part of the Sada's training programs, which aim to train, qualify journalists and reporters, present in Marib.

It also aim to help journalists perform their role and media message accurately and use it in the service and raising-awareness of the society.

Sada and the YDJN had previously conducted two similar courses about data press and how to write and present data-based news stories, as part of the organization's efforts to develop skills and abilities of journalists in Marib province.