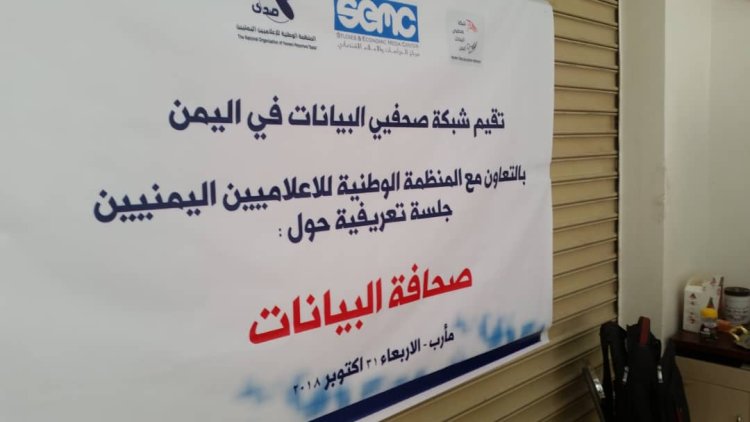 The data journalists network in Yemen held the induction session on press data with the national organization of Yemeni reporters (Sada) for a number of journalists in Marib.

The session, which is the one of its kind in Marib, has showed 12 male and female journalists the basics of press data and its relationship to cover human rights issues and tools that facilitates the reporters work.

The head of the national organization of Yemeni reporters, Yousef Hazeb said: the meeting was part of joint cooperation programme with Yemeni data journalists network which aims to develop the used journalism ways in Yemeni media and it seeks to reach its gaol in a modern journalism to upgrade Yemeni media, and he emphasized that the programme includes many sessions and qualification courses for journalists during the coming period in Marib and Aljouf.

Data journalists network in Yemen follows centre of studies and economic media, and it works on upgrading abilities of Yemeni journalists and provides them with skills in press data, where more than ten press data sessions were held in Taiz, Aden, Sana'a, Alhodaida, Hadhramout, and Marib.