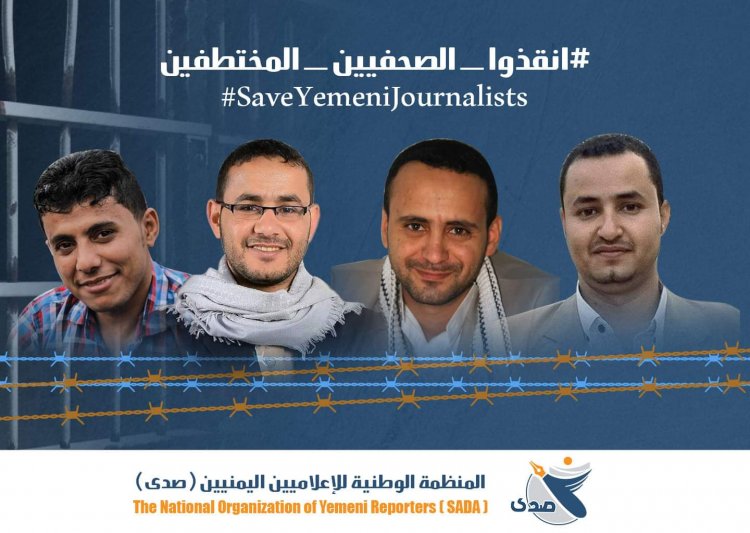 The National Organization of Yemeni Reporters SADA obtained information confirming that the Houthi group has put some people with severe breathing as a result of their infection with Coronovirus in the same prisons in which the abducted journalists are detained.

Sada Organization condemns these criminal acts committed by Houthi group against all abductees, including journalists who have been kidnapped in prisons for years because of their work in journalism.

SADA warns of these practices which may kill all the abductees including the journalists and also may cause the spread of the epidemic in an unprecedented way.

The organization holds the Houthi group fully responsible for the lives of the abducted journalists and the deterioration of their health, calling for immediate release of all the journalists.

The organization also calls on media and reporters, international news agencies to expose the bitter truth that occurs in Sana'a due to the Houthis' silence over the spread of Coronovirus pandemic.