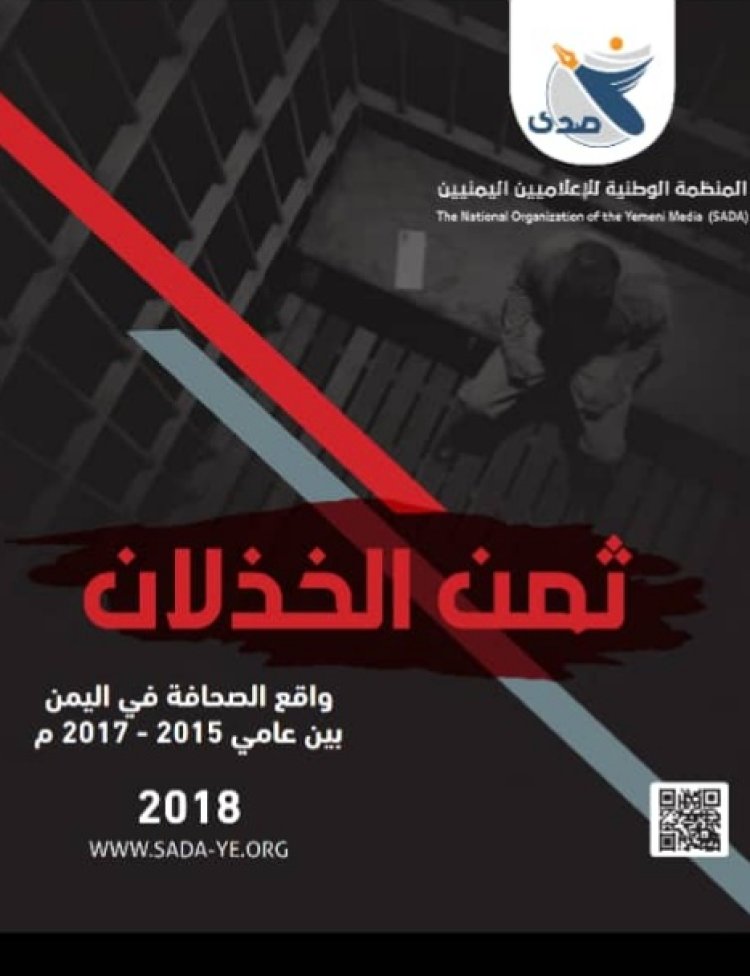 a human rights report reveals for the first time the names of those involved in the torture of journalists in Al-Hothi militias prisons in Sana'a and Dhamar, and their existence places.

Sada report that come to light on the last Thursday under the title "cost of letdown" observes nine of those involved in the torture of journalists one of them is close to a ringleader in Al-Hothi militias.

Likewise, the report observes the two involved in torturing journalists in the political security are: Ali Al-Hothi the supervisor in the political security of Al-Hothi and he is one of the closest to the ringleader of Al-Hothi militias, also a supervisor in the tenth area of Sana'a called(Abo Hamzah), Abo Fadhel in Al-Jodairi section, Adel Yahya Motahar called (Abo Abdulmalek) in Haran prison in Dhamar, and Khaled Qa'ed Al-Tairai called (Abo Khaled)in Haran prison in Dhamar.

According to the report there is 55 journalists who were kidnaped and psychologically and physically tortured. And 15 of them suffered kinds of psychological intimidation. One of the torture methods they use the fake execution by reading the rules of fake execution, and use gunshots to terrorize them.

The report also observed 25 type of torture methods that the journalists suffered, most important is hanging on hands and feet, electrocute, hanging in the shape of a cross, separate jailing and make cases of fake execution, threatening them to prison their families or hurt them, imprison them with mentally ill people, and hitting them with chains.

Torturing includes hitting them in the face and nose, punching in the abdomen and trampling it lying on the ground. In severe winter they sprinkle them with cold water and leave them in open places all night, treat them violently during sleep, force them to drink polluted water, and carry cement blocks.

Crimes against journalists also includes sleep deprivation, denial them of meeting their children or see their photos, deprivation of food, handcuffing and feet, dragging, deprivation of bathroom, and dog snipping.