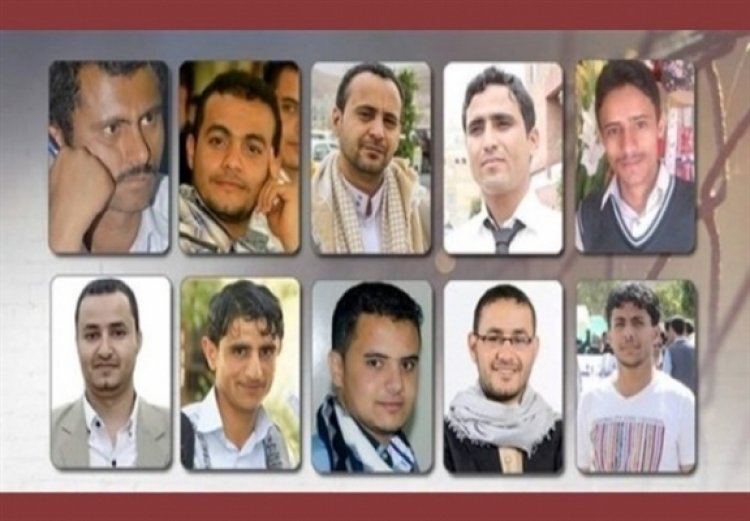 The National Organization of Yemeni Reporters (SADA) condemns the Houthi group for holding a trial sessions for the kidnapped journalists after they spent five years of kidnapping and enforced disappearance and using their cause to obtain military gains .

The organization confirms that the Houthi group's trial of journalists today, after all these years of kidnapping is a flagrant violation of all human covenants, which criminalize kidnapping and assaulting journalists .

SADA Organization demands the Houthi group to release the kidnapped journalists immediately and unconditionally, to fulfill its promises to release them, not to use them as a war card and bargaining civilian journalists who were kidnapped from their homes in exchange for prisoners of war .

It calls on the UN envoy to Yemen Martin Griffiths to intervene and pressure the Houthi group to release the journalists ,considering that their case is a purely humanitarian, and their kidnapping came only in the context of blackmailing for military and political gains .

The National Organization of Yemeni Reporters expresses its deep regret that the Houthi group is using the courts and the judiciary in Sana'a to silence its political opponents, and keeps its systematic repression of freedom of expression, especially press and journalists .

SADA calls on international and local human rights organizations, journalists, and media outlets to cooperate with the kidnapped journalists who exposes to systematic torture and neglect in the Houthi detention centers, which caused the deterioration of their health status .