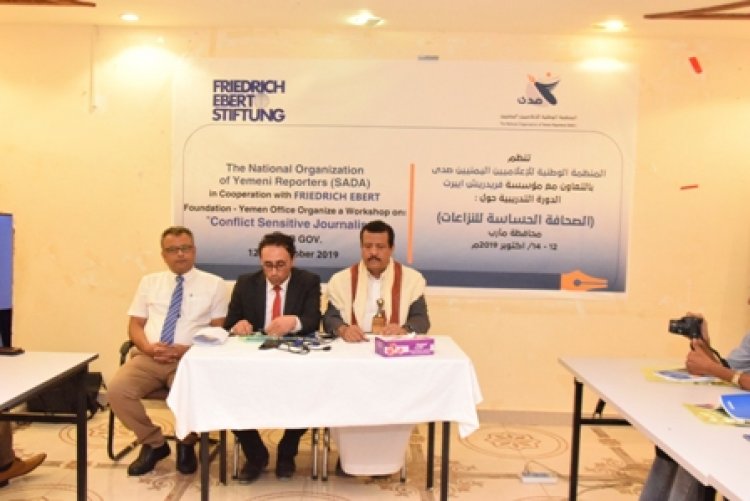 25 journalists are attending the training course, aims to train them about the key rules that sensitive journalism need during conflict times. Yousef Hazeb the Head of the National Organization of Yemeni Reporters SADA welcomed the team of the EFS, saying it is a great step in rebuilding the capacity of the press community. Marib's Deputy Governor Abd Rabu Moftah stressed the role played by the media reporters in this critical time of Yemen.

He also praised the efforts of local and international organizations in supporting the local authority in Marib "The course ordering to raise the awareness about democracy, It's also the first participation of the EFS foundation in Marib", the program director of EFS said.