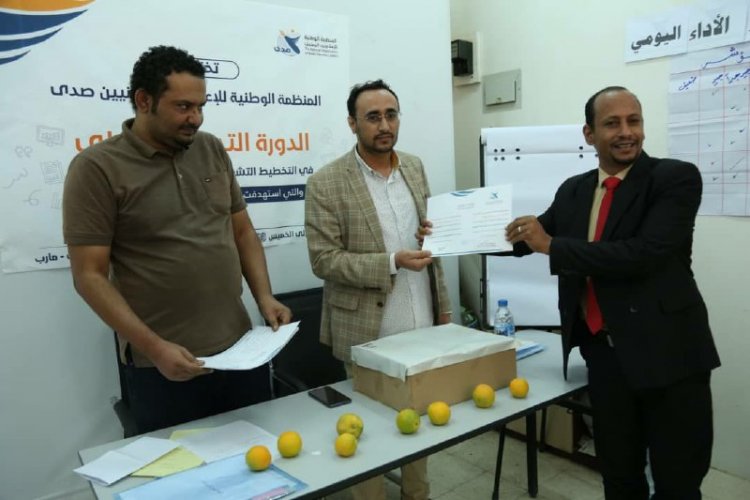 The National Organization of Yemeni Reporters, SADA concluded on Thursday the first training course on Operational Planning in Media Institutions for 15 journalists and reporters .

The training course, held in Marib province, contained practical and theoretical lessons on operational planning processes in the media institutions .

He stressed that the coming year will include intensive and specialized courses in media and journalism aiming at qualifying and training successful and influential media cadres in the community .

He praised media institutions for their interest in training and developing their cadres, who were very active and interested during the sessions and committed to attendance .

For his part, Head of Projects Department in the organization, Ahmed Afif said the participants have acquired useful skills about how to prepare operational plans and implement them in reality. In addition to important knowledge related to the operational planning within the media institutions .

At the end of the ceremony, the participants were honored and received certificates for their participation .