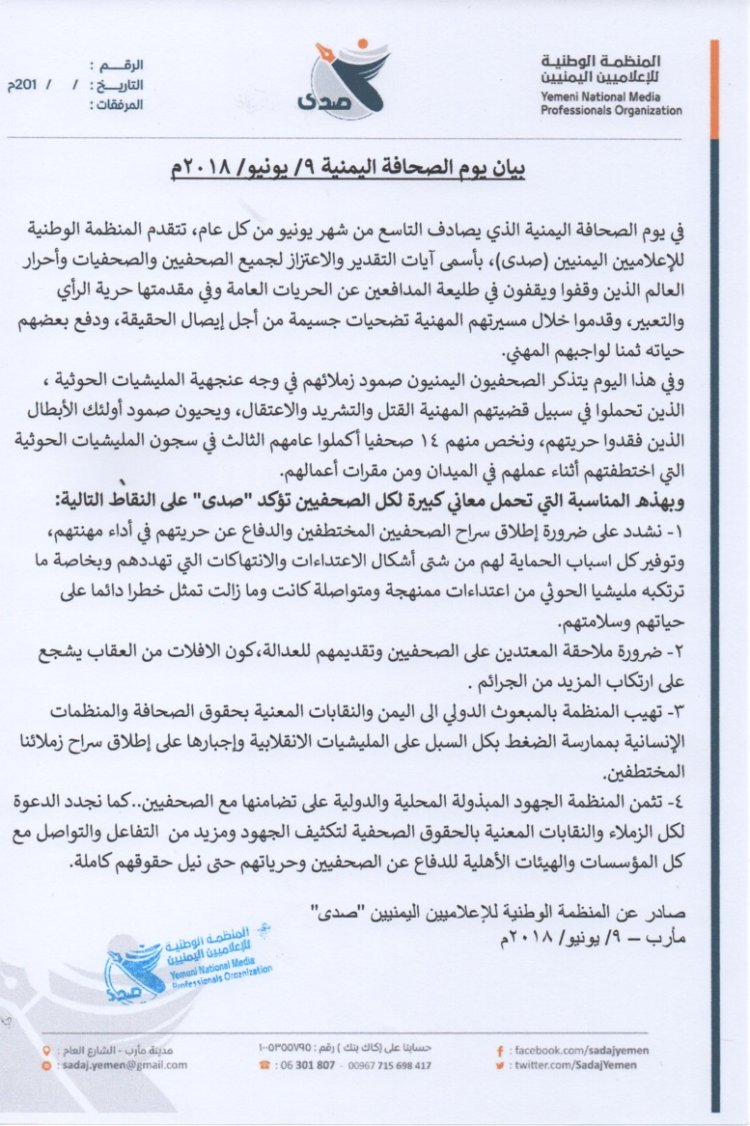 Journalism day in 9th June, the national organization of Yemeni reporters (Sada) expresses its appreciation and pride for all male and female journalists and all those freelance reporters of the world who faced and defend the public freedom specially freedom of opinion and expression, they did a lot of sacrifices throughout their career and some of them died seeking for the truth.

In this day all Yemeni journalists remember their friends resistance against the arrogance of Al-Hothi militias, they lost their freedomand faced killing, displacing, and arresting to defend their case of humanity, specially 14 journalists spend three years in Al-Hothi prisons who kidnaped them from their work places.

In this occasion which means a lot for all journalists in Yemen Sada assures the following points:

We tighten on the importance of freeing the kidnaped journalists and defend their freedom to do their duties, and to provide a strong protection against all kinds of assaults specially Al-Hothi militias that still represents a danger for lives and safety of the journalists.

Arrest criminals and legally judge them, that escaping from punishment encourage them to commit more crimes against journalists.

The organization appeals envoy in Yemen and the human organizations of journalism rights to use all means of pressure to force Al-Hothi militias to free the Kidnaped journalists.

The organization appreciates the local and international efforts to stand by the journalists. And again we invite all miens of journalism rights to interact and contact all local foundations to defend journalists and their freedom.