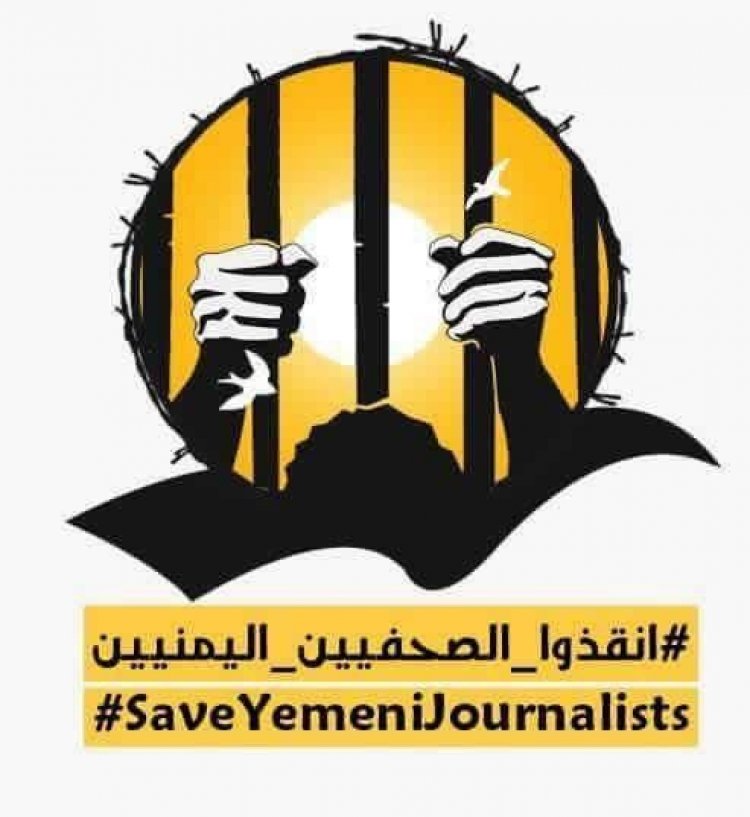 On Wednesday March 5th 2019, the National Oraganization of Yemeni Reporters (Sada) received a statement on Tuesday from the families of the abducted journalists in the political prison of the Houthi group in Sana'a, stating that their sons were brutally subjected to physical and verbal assaults by the Houthis.

"The health conditions of our kidnapped sons have been deteriorated due to the brutal torture they are exposed to. They were severely beaten by the Houthis using sticks, pincers and electricity wires, and they were verbally insulted and offened badly," the families affirmed.

The National Organization of Yemeni Reporters strongly condemned and denounced such stark violations and binary violence and torture committed by the Houthi group against the abducted journalists and their families, affirming that the organization closely follows, monitors and documents all abuses being carried out against the journalists.

Sada organization holds Houthi group full responsible for the life and safety of the kidnapped journalists in its prisons, affirming the right to pursue criminals in the local and international courts.

Sada calls all organizations, syndicates and bodies concerned with the rights of journalists to act immediately, translate their condemnations into practical actions and mount pressure on Houthi group until journalists are released.

The organization also calls on the United Nations to assume its legal and ethical responsibilities, take a serious and firm position and pressure Houthi group to release the journalists immediately and unconditionally.

Sada sends an appeal to local and international trade-union bodies, mainly the International Federation of Journalists and Federation of Arab Journalists, to quickly move and address concerned authorities to stop messing with innocent lives and their right to live a dignified life.

The Organization appreciates all efforts have been made by journalists and media professionals in different fields, calling on Yemeni journalists and rights institutions and bodies to joint efforts to stand by the abducted journalists and report their issue to the world.

The National Organization of Yemeni Reporters