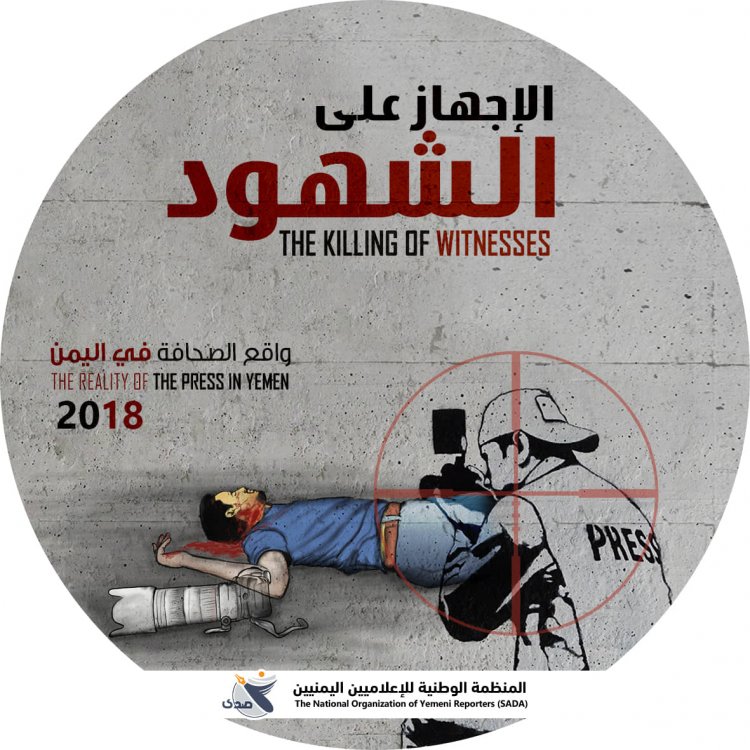 At a press conference held today in Marib province, The National Organization of Yemeni Reporters (SADA) issued its second annual report on the state of press in Yemen in 2018 entitled â€œKilling The Witnessesâ€‌.

The capital, Sana'a, controlled by al-Houthi militia, was the most dangerous for journalists and media according to the report, where it recorded 4248 violations by 97.3%; followed Taiz governorate by 26 cases, Aden 23 cases, Hodeidah 22 cases, Dhamar 7 cases of violation, and 6 cases of violations in Lahj.