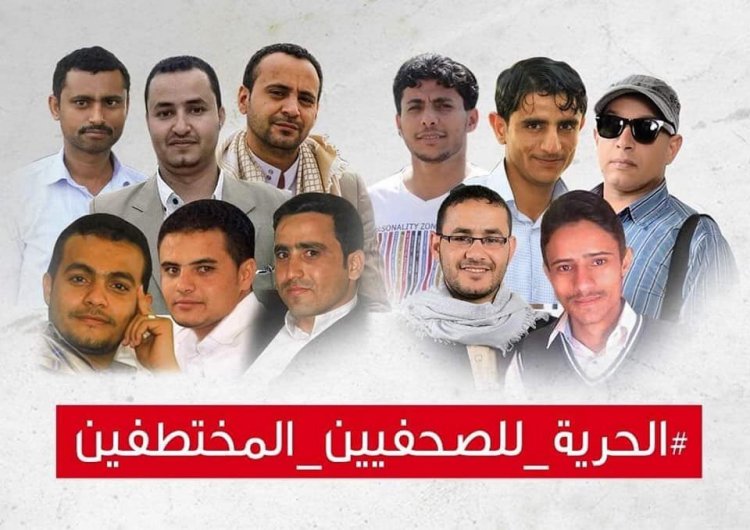 The National Organization of Yemeni Reporters (SADA) followed up with great concern the death incident of a new abductee under torture in the prisons of the Houthi group on Wednesday evening. Documented reports confirmed that the abductee Khaled al-Haith died as a result of torture and deliberate negligence .

With the increasing deaths of abductees under torture and as a result of deliberate negligence in the Houthi prisons, the organization is deeply concerned about the lives of the abducted journalists who may get the same fate because of the matched-conditions of abduction and inhuman treatment in the group's prisons.

SADA Organization holds the Houthi group full responsibility for the journalist's health and lives, demanding their immediate and unconditional release.

The National Organization of Yemeni Reporters calls on the United Nations and it's envoy to Yemen to assume their responsibility according to the international humanitarian law. It calls on the International Red Cross to pay urgently visit to the abducted journalists and inspect the conditions of their health and detention.

The organization maintains its right to prosecute press freedom violators and perpetrators of crimes against journalists.