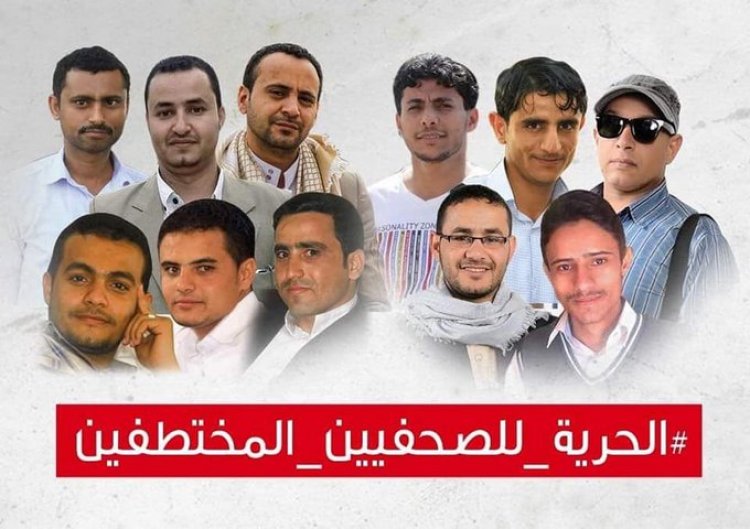 The National Organization of Yemeni reporters strongly condemns transferring of 10 abducted journalists for trial after four years of arbitrary abduction by Houthis .

Sada organization considers the houthi act â€œ which came amid international efforts being made by UN envoy to release prisoners and abducteesâ€‌ to be flagrant violation of international law and press freedom .

These 10 journalists have been abducting by Houthis since 2015 in poor heath conditions due to the torture they have exposed to .

The names of transferred journalists for trail :